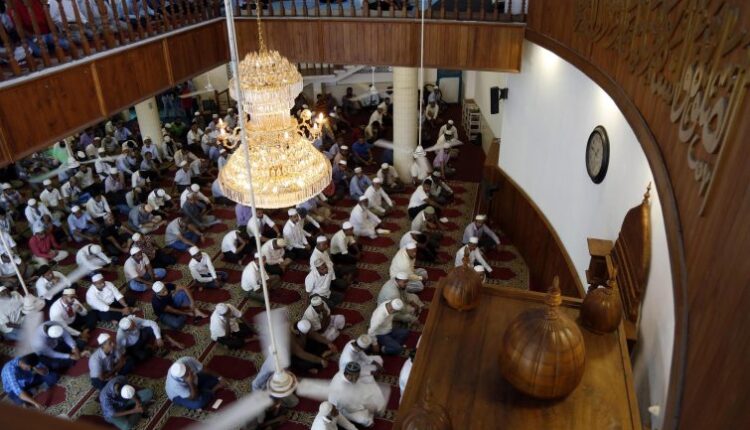 A research on “Violent extremism and youth radicalisation: tools, manifestations and intervention strategies”, analyses the various forms of conflict, intolerance and discrimination that lead young people ( 14-20 years old) to engage in violent behaviour against vulnerable individuals and groups. Islamic extremism as well as forms of extremism linked to nationalist and far-right movements are covered in detail. SIR interviewed the author of the report, Alessandro Bozzetti

“Violent extremism and youth radicalisation: tools, manifestations and intervention strategies” is the title of the research by Alessandro Bozzetti, lecturer in Sociology (Department of Political and Social Sciences, University of Bologna), in the framework of EU project “RaP, Rhizome against Polarization”, carried out in Austria, Spain and Italy where it is coordinated by WeWorld NGO. “The purpose of the survey”, Neva Cocchi, RaP project manager for WeWorld, told SIR, is “prevention and management of phenomena of violent extremism and youth radicalisation through human rights advocacy and support to civil society organisations networking with the competent authorities. The underlying assumption is that prevention and management of radicalisation processes should not be based on securitarian and punitive policies, but on efforts aimed at identifying the causes and contexts within which these phenomena unfold.” The research was carried out in Italy in 2020, specifically in Lombardy, Emilia-Romagna and Lazio, three of the regions with the highest number of inhabitants, the most densely populated and with three of the largest Italian cities (Bologna, Rome and Milan respectively). The research analyses the various types of conflict, intolerance and discrimination that drive young people (aged between 14 and 20) to engage in violent behaviour against vulnerable individuals and groups, based on interviews with institutions and civil society experts involved in efforts of education, prevention and contrast to  violent extremism and radicalisation among young people. SIR interviewed the author of the research, Alessandro Bozzetti.

“The study – he explained – investigates Islamic extremism and forms of extremism linked to nationalist and far-right groups. According to the Observatory for Security against Acts of Discrimination (OSCAD) set up within the Public Security Department – Central Directorate of Criminal Police, over 500 complaints of religious and racial discrimination were lodged last year alone.  However, what has emerged is only a tiny percentage of all incidents. There are countless unreported cases which we are unaware of. Islamic radicalisation in Italy appears to be less worrying than in other European countries, while increasing radicalisation of far-right groups is a cause for concern. “This phenomenon has increased by 320% in the last five years at European level,” Bozzetti said. More than 200 so-called Fascist-inspired attempted attacks and assaults were reported in Italy since 2014. Approximately 5,000 Facebook pages are linked to far-right groups, surveyed between 2015 and 2018, generating approximately two million posts”.

What are the main push factors for radicalisation amongst the young?

These factors primarily pertain to individuals with a personal background nurtured by distorted ideals (ideologies), identity quest – violent extremism can be a way of fulfilling this identity need – as well as failed goals, lack of resources, unemployment, educational opportunities and future prospects. Other reasons are linked to group dynamics that trigger specific attitudes and behaviours. For example, the person’s search for an extended family, such as his/her peer group, which may play a role in that person’s search for identity. Poor social cohesion, stigma of certain communities and social groups, active radicalisation agents in a given setting, also play a role. Factors such as exclusionary policies and legislation, marginalisation and discrimination, social inequalities, the migration crisis and the spread of fake news also have an impact in a national and supranational context. The study also shows that it is unlikely that any one of these factors alone leads to extremism. It requires a combination of causes.

The Report would seem to dispel some of the common misconceptions surrounding this phenomenon, notably that extremism only involves people belonging to underprivileged social brackets …

Difficulties and hardship can have an influence. The correlation between low levels of education and extremism, according to the Report, is not so obvious if limited access to education and low levels of literacy can prevent individuals from challenging ideologically charged narratives. There are several cases of highly educated individuals engaging in extremist behaviour, with some studies highlighting a significant correlation between terrorism and high levels of education.

The study reviews the last thirty years of extremism in Italy, trying to shed light on Islamic radicalisation and radicalisation linked to far-right movements. Are there similarities between the two? And what are the differences?

Religion and politics are two factors that often lead to polarisation and play a major role in the construction of an individual’s identity starting from the teenage years. In both cases, the personal dimension of the individual as well as the group dimension are fundamental and set in motion similar dynamics, such as the search for approval from the group, the fact of identifying a member of the group to take as their model.

The narrative of the enemy – ‘us’ versus ‘them’  – is valid for all of these groups.

Here the mechanism of oppression of the weak, those who are different, such as the disabled, people with other backgrounds, also comes into play. This approach gives the group the opportunity to unite against an enemy, an identity-building mechanism that is utterly inconsistent when viewed from the outside. It’s easy to target the weakest, and thus the alleged superiority leading to acts of violence is overly incomprehensible.

Prisons facilitate radicalisation, although, at least in Italy, radicalisation in prison remains an extremely small phenomenon: according to the Italian NGO Associazione Antigone, at the end of 2018, 66 people were either convicted or sentenced for crimes related to international Islamic terrorism. There are also places of worship, such as mosques, which radicalised individuals often stop attending because they consider them too liberal or because they are expelled. Some doubts may be raised concerning the expulsion or removal of extremists in the political arena. In fact, the research shows that political parties tend to mask certain actions under the guise of others, such as helping the poor, if they are Italian, or organising summer camps for adolescents where extremist and fascist beliefs are conveyed. We have not detected any significant opposition to these initiatives by political groups.

Does the Internet foster radicalisation?

The web can foster a person’s radicalization process. The research shows that although this system has been used for this purpose only recently, it already counts an extensive amount of information, highlighting the fact that the digital world can facilitate radicalisation by acting as an echo chamber for radical statements, narratives and contents, and by creating the conditions for radicalisation to take place without the need for physical interaction. Consider, for example, the use of the Internet by the Islamic State or the attacks by supremacists in recent years. Or the 1,500-page memoir posted online by Anders Breivik in 2009, two years before he committed the two sequential domestic terrorist attacks that killed 77 people in Oslo and Utoya, Norway, or the Facebook live video broadcast by Brenton Tarrant documenting the massacre of 50 people in two mosques in Christchurch, New Zealand in 2019. These are actions announced or broadcast live on the web or social networks. The Internet enables the sharing of material between peers (peer-to-peer), which can facilitate the radicalisation of an individual.

We are seeing a growing use of hate speech in politics, society, the media: does this contribute to radicalisation and its violent expressions?

Verbal violence does not always lead to physical violence, at individual level. However, when language is continually de-humanised in a rhetoric that creates differences between groups by putting them in opposition, it could clearly give rise to physical violence. Trivialising aggression and insults both in face-to-face and online interaction risks causing violence as well as labelling and segregating certain groups, which in turn segregate themselves. The risk of radicalisation of the given group occurs in this context.

Which tools and good practices could be used to successfully respond to youth radicalisation?

The general recommendation is to focus on prevention, to avoid adopting a securitarian approach and intervene on a social level instead to reduce and eliminate inequalities. We need to work on language at school, on the terms used that are repeated by young people without really understanding them.

It is important to take action in schools and in social groups, families, local authorities, communities and groups.

A multidisciplinary approach is needed, with a special focus on adolescents, the suburbs and areas at risk of social exclusion. Especially now at a time of pandemic. Remote learning makes it difficult to reach out to young people. We must work on interacting with young people through physical meeting places, sports clubs, oratories, also involving local stakeholders and local authorities. All these stakeholders must be brought together and young people must not be left alone once projects are completed.

Networking (institutional players, civil society, schools) is necessary not only in Italy but also at European level. The non-profit world and associations must be increasingly involved because in this year of pandemic they proved to be extremely important in monitoring the situation on the ground. However, the role of families and those directly concerned remains fundamental.