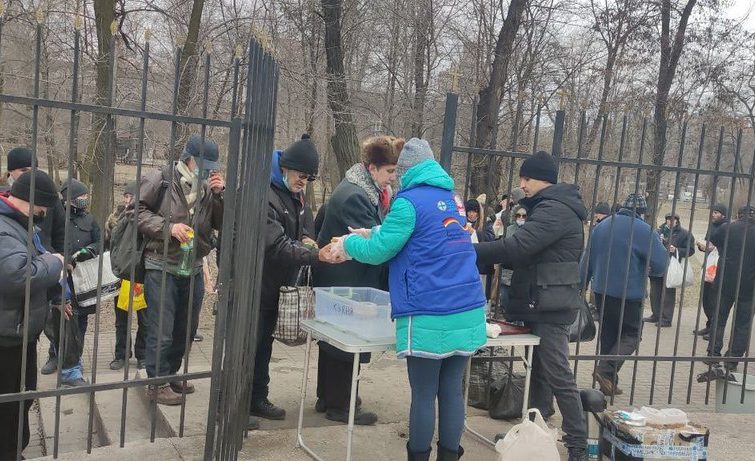 Caritas Spes-Ukraine’s helpline rings non-stop. They were inundated with 120/130 people ringing in need of support in the first days of the fighting. As many as 1500 are now calling from all over Ukraine. People stand in line for up to three or four hours in Dnipro and other cities to receive food, medicines and hygiene products, the most needed items these days, along with fuel, the lack of which is likely to cause further difficulties in the distribution of humanitarian aid, with the grim prospect that the war will not end anytime soon, but comforted by the fact that support from the entire international Caritas network continues. Long-term planning is already underway.  “The war has increased poverty for everyone,” says Father Vyacheslav Grynevych, Caritas-Spes – the Caritas branch of the small Latin-rite Catholic Church – Secretary General, currently attending the 42nd National Caritas Conference, which closes today in Rho (Milan). Ukraine was the focus of yesterday’s meeting with the representatives of Caritas-Spes and Caritas Ukraine, followed by an event featuring a Ukrainian violinist and a Russian violinist, symbolically uniting the two warring peoples through music. 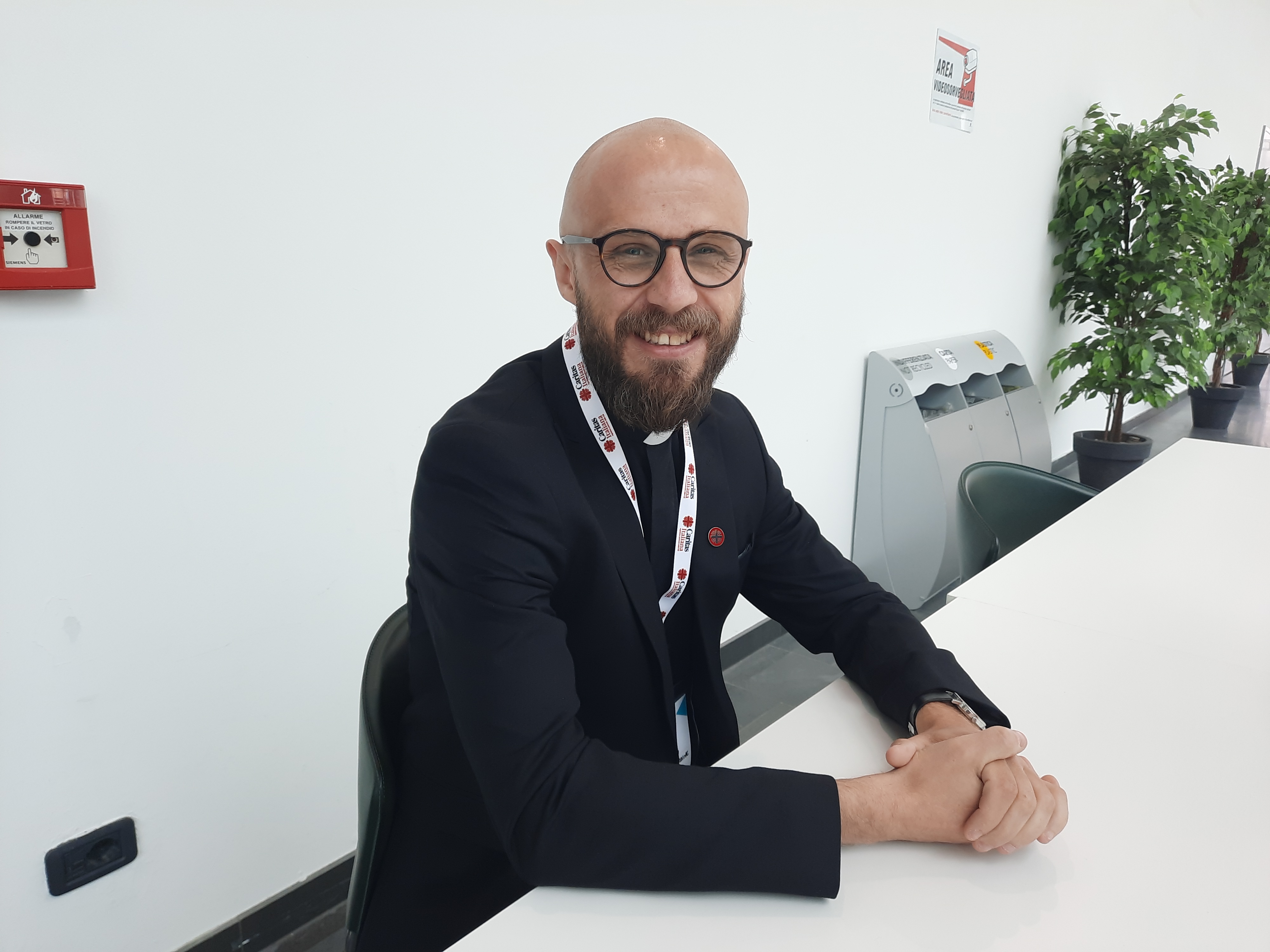 Food, medicines and hygiene products are urgently needed. “Many people in various areas of Ukraine are hoping to receive humanitarian aid. Food, pasta, medicines and hygiene products are the most needed items now”, Father Grynevych told SIR. Many relief organisations operated at the beginning, but not all of them have an international contact network like ours, so many volunteer workers are now helping out at our centre.” Caritas has logistics hubs for distributing emergency aid across various regions of Ukraine as well as a branch office in Poland for assisting refugees.

Caritas-Spes Ukraine assists more than 500,000 people, with over 1,000 displaced persons in its shelters, besides providing humanitarian aid to people hosted by family and friends.

In Dnipro we attend to over 5,000 people in need, there are very long queues. Some 1,500 to 1,800 people wait in the streets for three to four hours also in other cities.

“While they wait, we try to provide psychological support and offer the possibility of visiting our churches.” Up to fifteen truckloads of relief supplies were delivered every day before Easter, now only five or six a day, but “it’s a good number,” he points out.

Many Ukrainians are coming back, including from Russia. Many refugees who fled to neighbouring countries are returning to Ukraine: “But I’m afraid that they will have a hard time because there are no jobs.” Many Ukrainians from the occupied territories, evacuated to Russia via the humanitarian corridors, are also coming home – an estimated 1,200,000 to 1,900,000 people: “they managed to return via Georgia”, Father Grynevych explains.

Ukraine’s much-needed wheat has been sown and harvested this year but not everywhere: “the government claims it is enough for livelihoods – reports Father Grynevych – but we don’t know what will happen tomorrow. Kyiv was a safe place until a few days ago. Shelling also hit the area near my house, and we know of people who were killed.”

A pilot project to rebuild damaged homes in Kyiv. Caritas-Spes launched a new pilot project near Kyiv to rebuild several destroyed buildings. “But even finding window panes is hard,” he explains. “Before the war, the glass was supplied by Russia and Belarus, but now it’s no longer possible. Along with the destruction of homes and villages, the greatest concern is the harm inflicted on human lives. In response, psychological support is being organised in 45 centres, including training for priests, to help people suffering from post-traumatic stress disorder (PTSD). Even our workers risk their lives every day and have to seek shelter in bunkers when the air raid sirens sound. “We now intend to return to our headquarters in Kyiv,” says the secretary of Caritas-Spes, “but another part of my job is to personally see the implementation of the projects, and travelling to the territories is not always safe. But we feel useful to the cause, we see ourselves as soldiers of God’s mercy.”

Almost four months since the war broke out, “we have accepted reality,” he concludes, “but it’s not a normal life, we have trouble sleeping at night because we are worried, all our families have been affected by the war and torn apart. It’s hard to separate private and public life. But God reveals His great mercy even during the war. So often the Lord has helped people facing critical situations.”

Colombia. Historian La Bella: ‘The new President’s ambition is not simply to govern, but to change the country’

Ukraine. Fr Ladnyuk: “Lysychansk surrounded on all sides. People are…