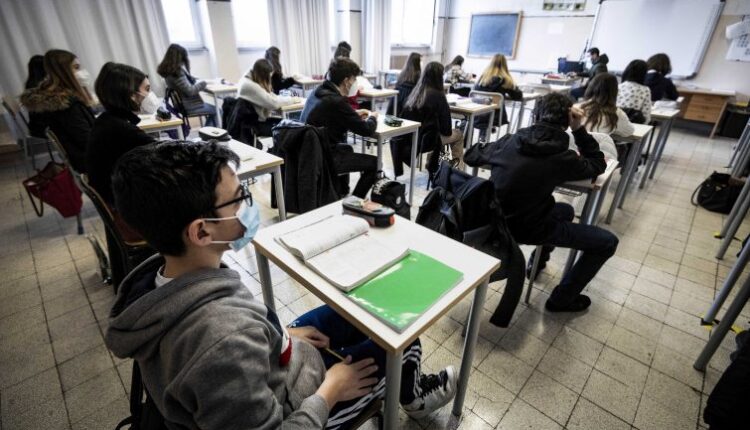 Should schools be closed or not? Gandini (Uni. Milan): “Research in 28 countries. The benefits of keeping them open outweigh the risks”

Closing schools is supposed to curb the spread of the virus. However, the scientific community does not back the correlation between open schools and virus spread increase, as evidenced by Sara Gandini, epidemiologist and biostatistician, professor of medical statistics at the University of Milan. Over the past few months she has been working with a team of experts on a comprehensive study, to be published soon, tracking the spread of COVID-19 infections in the second wave, from September to December 2020, involving 7 million students and 700,000 teachers (97% of schools, decreased in time with school closure)

A peculiar silence returns to envelop cities as non-essential shops remain closed in Italy’s red zones, and especially as all under-18s school students have switched on their PCs in their bedrooms, living rooms, attics and balconies, jostling for gigabytes and room with their brothers and sisters to follow lessons remotely. School closure is supposed to limit the spread of the virus.

Yet the scientific community does not back the correlation between open schools and increased virus spread,

as evidenced by Sara Gandini, epidemiologist and biostatistician, professor of medical statistics at the University of Milan. Over the past few months she has been working with a team of experts on a comprehensive study, to be published soon, tracking the spread of infections in the second wave, from September to December 2020, involving 7 million students and 700,000 teachers (97% of schools, decreased in time with school closure).

What do the your research’s findings show?

This means that at the end of November the proportion of new confirmed cases in Italian schools was under 1% among students and between 1 and 2% for teachers and non-teaching staff.

The rate of SARS-CoV-2 clusters in schools was 5-7% across all Italian schools. The findings show that closing or opening schools did not affect the Rt value, which changes independently.

Why were there differences between teachers and students?

The reason for the differences lies in the fact that young people contract the infection to a much lesser extent than adults. More cases were detected among teachers owing to the higher number of tests, but especially when the index case was a teacher. This means that

the virus is primarily transmitted from teacher to teacher and not from child to teacher.

These findings are corroborated by other, non-Italian, studies.

So what is causing the rise in the infection curve?

The data for September and October shows that adults aged 20-59 are the primary age groups causing the upward trend. Thus children are not the cause. The same findings were reported in the US.

But that changed and the variants started to spread.  Does your data register any variation?

A Public Health England study found that the English variant is transmitted in a similar way in all age groups and that children, especially those younger than 10, are about half as likely as adults to test positive also for the English variant. Moreover, the prognosis is no worse for children who have tested positive for the English variant. In fact, the positivity rate in January remained the same as in the previous months, i.e. below 1%. In February, the clusters identified by tracing a confirmed case in Italian schools remained below 1%.

A slight increase in the number of infections at the end of February in the 10-19 year old age group is what caused the alarm. But in Emilia Romagna, for example, twice as many tests were carried out in that period and there was widespread COVID-19 school screening.

Hence data by age and past numbers cannot be compared.

What is happening in other countries?

A study conducted by the European Centre for Disease Prevention and Control, based on data collected from 28 countries on schools, shows that

returning to school would not appear to have caused the second wave of infection;

that teachers are not at higher risk of infection compared to other professions; that if a child tested positive, it is very likely that he or she was infected at home. Finally, in line with the latest WHO statements, it shows that the impact of school closure on children’s physical, mental and educational health, along with the economic impact on society, suggests that

the benefits of opening outweigh the risks.

What are the risks of closing schools?

Several studies are now being published. A Chinese study on mental disorders on 1241 children and adolescents conducted before the pandemic and 2 weeks after the reopening of schools in China showed

a significant increase in depressive symptoms, self-harm, suicidal thoughts and even attempted suicide.

The same emerged in a British case study published in December 2020 (Archives of diseases in childhood), and in a French study on psychological distress among college students. A recent Japanese study found a significant increase in suicides in young people and women during the second wave of infection. The Netherlands investigated the learning performance of 350 000 students and found

a 20% reduction in average learning levels during remote learning. The percentage rises to 50% in families with non-graduate parents.

So is it best to keep schools open or closed?

Zero risk never exists anywhere; no place in the world can be 100% safe during a global pandemic, but school is one of the safest places for young people because specific safety protocols are in place.

The overriding principle to be followed is that of the lowest possible risk by weighing up risks and benefits of every option. In the absence of clear evidence of the benefits of closing schools, the precautionary principle would be to keep schools open to prevent catastrophic effects on children.