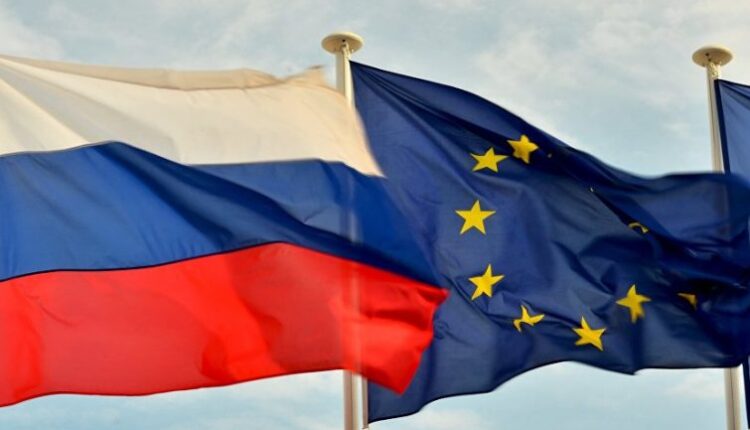 Russia and Europe: a dangerous tug of war. Historical legacy and present diffidence

The persistent tensions between Moscow and Western Europe – recently marked by the Navalny case – are rooted in a distant past and include factors linked to identity, politics, as well as religious aspects. But now the continent’s overall stability is at stake

Europe-Russia relations have traditionally played a central role in the history of our continent. The fall of the Soviet regime in Russia and the deliverance from communist rule with the reunification of Germany in the 1990s led to EU enlargement, yet if failed to ensure peaceful relations with ancient Russia. Today, the great majority of European countries belong to the same political (and military, NATO) organization, virtually reflecting a “correspondence” between institutional (the European Union) and geographical Europe. Today’s Europe somewhat reflects  General de Gaulle’s dream of a great Europe ‘from the Atlantic to the Urals’, a Europe that should “breathe with its two lungs”, as stated by St John Paul II.

That vision – from the Atlantic to the Urals – is fundamentally a Western, unrealistic vision.

The Urals were never a political border, nor a natural boundary, not even an obstacle standing between peoples. In fact, Gorbachev’s proposal of a ‘common home’ was rather vague. The European Commission stated in 1992 that there is no official definition of “European”, and that “it is neither possible nor appropriate to establish the boundaries of the European Union, whose borders are yet to be defined.” In 1997 the Treaty of Amsterdam stipulated that any European State is eligible to join the Union provided compliance with the principles of freedom, democracy and respect for human rights.

The question of the boundaries/borders of Europe is of fundamental importance. In a renowned essay dated August 1978, the then Cardinal Wojtyla raised the question a few weeks before his election to the papacy: “A frontier for Europe: where?” The question is all the more crucial as it reflects historical legacy, often cruel and all too often forgotten or ignored by Western policymakers, although its memory is still vivid in Central and Eastern Europe.

It involves the major unsolved problem of Russia’s relations with Western Europe, between Roman Catholicism and the Orthodox Church, between different conceptions of political power, human rights and the idea of nationhood.

Border definition is key to the reaffirmation of a national identity.

The history of Europe over the past thirty years includes the construction of new borders, as exemplified by the States created in the wake of the dissolution of Yugoslavia and the Soviet Union. Over the years new fears and new nationalisms emerged, amidst age-old suffering and hatred, vivid memories, prejudices and divisions between peoples, ethnic and linguistic groups… A history of unrelenting passions. Deep wounds are still open, and they seem impossible to heal. Even the idea of reconciliation sometimes seems impossible to conceive.

The present Europe-Russia crisis is rooted in a long history of nationalism, identity and tremendous suffering – the Great Famine of 1932–1933 in Ukraine (Holodomor) staged by the Soviet i.e. Russian, government, the extermination by starvation that killed three to five million people. How can we forget it? And how can we ever forget the horrors of the Gulag?

Russia is a great empire, a European and simultaneously Asian country that cannot accept a decline in power.

Let us remember the Sochi Olympic games in 2014. On that occasion, Russia voiced its interpretation of its own history, of its own greatness, which EU decision-makers should reflect on in order to understand Moscow’s position. Russian leaders, be they government or members of the Orthodox Church, feel somewhat besieged by a Western world seeking to impose its moral values, its military power, its economic models. Russiaphobia is widespread in Western societies, with numerous accusations and controversies, notably over human rights ( such as the Alexei Navalny case today), authoritarian power and military threats.

Ultimately, the matter at stake is the stability of Europe as a whole. For this reason, both Russian and Western decision-makers should strive to acknowledge the historical complexities and the fact that understanding history makes it possible to understand the underlying arguments of both sides, thereby avoiding dogmatic stances that inevitably result in confrontation and ultimately in conflict.