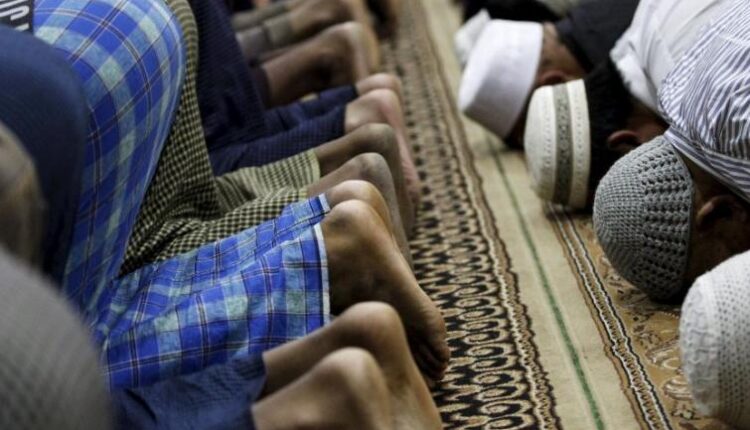 Ramadan. The Italian Bishops’ message. Msgr. Spreafico: “We row together in the midst of this storm”

“We are in the same boat and we are called to row together in the midst of this storm.” Monsignor Spreafico, president of the Italian Bishops’ Conference Commission for Ecumenism and Dialogue, sent a message to Muslims in Italy for their blessed month of Ramadan – from today until 12th May. “Almost paradoxically, the distance we are forced to keep from each other has made us rediscover our longing for the community, for togetherness in addressing the Almighty, and also for jointly responding to the many requests for material and spiritual help and support”

In a message to the Muslims in Italy as they begin the blessed month of Ramadan starting April 13, Msgr. Ambrogio Spreafico, bishop of Frosinone and President of the Italian Episcopal Conference’s Commission for Ecumenism and Interreligious Dialogue, expressed the wish to live “as brothers”, “in peace” and “to row together through the storm of our present times.” Also this year, Ramadan, the period dedicated to fasting and prayer, is affected by anti-Covid measures. But while last year all places of worship were closed and religious sermons were live streamed, this year mosques (as well as churches) remain open, and Islamic communities will not be forced to miss the five daily prayers, said Yassine Lafram, president of UCOII, one of the main Italian Islamic associations. The only problem is linked to the night curfew, and thus Islamic communities have decided to anticipate at 9.30 pm the last evening prayer (instead of 10.30/11.00 pm). Also the Italian Bishops’ Conference (CEI) offered its best wishes to Italian Muslims.

Monsignor Spreafico, what is your message to Muslims as they prepare for a month of prayer and fasting this year?

I would like to begin with a quote from “Fratelli tutti” (Brothers all), wherein Francis says that in drafting the encyclical letter he felt “particularly encouraged” by the Grand Imam Ahmad Al-Tayyeb, with whom he met in Abu Dhabi, where they declared that “God has created all human beings equal in rights, duties and dignity, and has called them to live together as brothers and sisters.” (n. 5). I wish our Muslim brothers and sisters to be bearers of this spirit and of this opportunity to live together in peace.

Prayer and fasting, the distinctive features of this religious holiday, bring us closer to the Almighty, but at the same time help us step out beyond the egolatry that ever so often divides us and creates enmities.

Ramadan, like the Catholic Easter, will be celebrated at the height of the pandemic for the second year running. The world is still in crisis. There is hardly a family that has not experienced illness or bereavement. What is the message of religions to restore inner peace in people’s hearts?

I strongly believe that religions have contributed to not yielding to anger, pessimism, inertia and recrimination. They have kept us united to God and have instilled in the hearts of believers the spiritual strength that sustains us in pain, in the hardships of life and even when faced with death, which has taken its toll on many. Almost paradoxically, the distance we are forced to keep from each other has made us rediscover our longing for the community, for togetherness in turning to the Almighty, and also for responding together to the many requests for material and spiritual help and support. This is the case, for example, of the elderly who are alone or in nursing homes, or of those who have lost their jobs, or of people who merely asked for a helping hand to get by.

Faith has brought us hope and taught us mercy.

A Surah in the Quran reads: “Fear of God must always be accompanied by hope in His infinite mercy” (Surah of Yusuf XII, v. 87). On the feast of Divine Mercy on Sunday, Pope Francis said that Jesus’ disciples, “having received that mercy, became merciful in turn.” Just as the Almighty is the Merciful one, I wish you to be bearers of mercy that takes the form of solidarity and closeness in need, as you have shown at this time. I am thinking of the value of almsgiving and hospitality in the Islamic faith.

In Italy and Europe, episodes of hatred and violence against Jews, Muslims and those who are different, are unceasing. What can be said?

It’s incredible that at such a dramatic time there are still people who refuse to believe that the only chance we have to save ourselves is to come together in a joint effort and commitment. “We are in the same boat” and we must row together through the storm of our present time.

Yet acts and words denoting anti-Semitism, racism, anti-Islamism, have been growing. Amidst fear and difficulties in overcoming this pandemic, ancient myths and misconceptions are resurfacing, whereby ‘the other’, otherness in general, even our neighbour, is regarded as an enemy to blame and even to be eliminated. My wish is that all of us, women and men of faith, may help each other towards greater mutual understanding that will enable us to combat these phenomena which unfortunately prevent us from living together in peace. I hope that encounter and mutual understanding will constitute a commitment that we as Catholics make to the Muslim communities in our country, as many are presently doing.