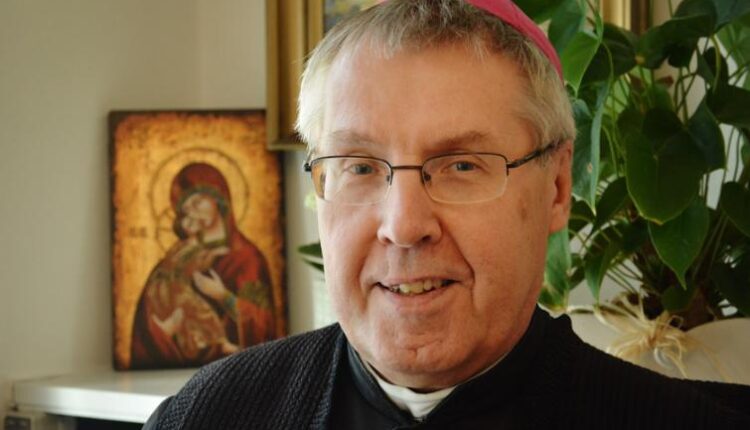 The proponents of the bill claim it is intended to counter “radicalisation”, but in fact it would represent an imposition on all Christian denominations, along with Islam and other faiths. The requirement to preach in the national tongue would also entail substantial inconveniences and costs. The problem not only affects linguistic minorities: the Catholic diocese numbers 70 priests, 55 of whom are foreigners. The Council of Churches has written a letter to Prime Minister Mette Frederiksen and is waiting for a reply. Msgr. Kozon: “now is the time to express our reservations”

A new set of legislative proposals is being drafted by the Danish government to counter “radicalisation” and thus prevent social clashes and terrorism. In the wake of the 2017 laws that, for example, stipulated an obligatory course on national values for all foreign pastors and priests planning to officiate religious marriages in Denmark, the government announced plans to introduce a law requiring all sermons, homilies and speeches given in a religious setting to be delivered in Danish or translated into Danish. The decision was met with widespread national and international criticism.

In a letter to Prime Minister Mette Frederiksen, the Danish Council of Churches said the proposed legislation would create “suspicion towards denominations other than the Church of Denmark” (State Church) constituting “a violation of the Danish tradition of freedom and diversity.” Cardinal Jean-Claude Hollerich, president of the Commission of the Bishops’ Conferences of the European Union (COMECE), voiced his concern and said the draft bill would impose “undue hindrance” to “the fundamental right to freedom of religion.” SIR contacted Msgr. Czeslaw Kozon bishop of Copenhagen, a diocese spanning the whole of Denmark, with 70 priests, 15 of whom are Danish and 55 foreigners, for his comment on the matter.

At what stage of the legislative process is the bill in question?

The government is still working on the proposal to ensure its feasibility. However, notwithstanding the problems that have surfaced, I see a determination to go ahead, which causes us some concern. The actual text of this proposal is still not known, but it would seem to be rather complex. Having to translate everything would impose a huge amount of work on us, not least because many priests preach with no prepared texts. It is unclear how the law will be enforced, how it will be monitored, and we also wonder which government officials have an interest in checking what has been preached in each church. We also believe that this law will not achieve its purpose, as the most radicalised environments are not recognised by the State, nor do they wish to. Consequently, at least from what we know so far, they will not be required to abide by this law. Moreover,

the State already achieved its objectives under existing laws.

Should a Muslim circle be suspected of being a breeding ground for radicalisation or anti-democratic groups, the government has laws in place to deal with it. The problem is that non-discrimination is the only dogma followed here, and thus a law affecting everyone is planned in order to deal with a problem involving Muslims. Achieving this goal is tantamount to imposing disadvantages on others.

Interestingly, the Church of Denmark also supports your arguments within the framework of the Council of Churches…

We greatly appreciate this. We enjoy the support of the Danish Lutheran Church in many respects. They are very fond of us! In fact they are also facing a dilemma and an interest since the Lutheran Church comprises the communities in Greenland and the Faroe Islands, which have their own language. The law would therefore also affect those communities. The Lutheran Church also includes the German-speaking minority group, mostly in the southern part of the country on the German border and in a community in Copenhagen.

Is freedom of religion at risk?

All politicians claim they have no intention of interfering with religious freedom, but in fact they don’t hesitate to set limits. We share the concerns over radical Muslim fringes, we are well aware of the difficulties faced by Christians in predominantly Muslim countries, and we certainly wouldn’t deny the State the right to clamp down on radicalisation. However, the legislation in place provides the State with the necessary tools to intervene.

What was the response of Muslim communities?

To my knowledge there was no response. It’s rather odd, but I don’t think they spoke out. They usually keep a low profile. Statements have been made by Christian environments in Denmark and abroad.

Could the concern to counter religious radicalism result in the opposite extreme of secular radicalism?

Certainly not in Denmark, since the State supports the Lutheran Church and is committed to strengthening its position, for a State Church is a guarantee. But there is also a secular religion, supported by the State, namely the deification of democracy, of equality and of all Danish values that are dogmatically imposed on everyone. As Christians, we have no problems with democracy, but certain aspects that are regarded as rights go against the Christian doctrine (right to abortion, same-sex marriages, etc.). For some people, opposition to abortion is a sign of refusing to accept Danish ‘values’.

Denmark will never become a secular state like France,

even though many countries, starting with neighbouring Sweden, embraced the option of Church-State separation. In Denmark, however, the political leaders – with the exception of left-wing politicians – and the Lutheran Church both support preserving the situation as it is. Even the Danish people support the Lutheran Church, but in a passive way. 70% of Danes are baptised in the Lutheran Church.

What will be your next steps regarding the legislative proposal?

We are still waiting for a reply to the letter from the Council of Churches. It is standard procedure for us to be invited to submit our observations once the bill is prepared. But it will be too late. The time to express our reservations is now.